Northland, like the rest of New Zealand, has a relatively young olive industry  but has a history with olives dating back to 1835 when Charles Darwin mentioned in a letter he wrote about observing olives planted at Waimate North. There are olive trees in the grounds of Waitangi Treaty House which could well date back to around the 1840’s. Other known sites of early plantings include Pouto Point, Whangape, the Hokianga, Kerikeri, Snells Beach, Omaha Valley and Whangarei.

Today, olive growing in Northland is riding the crest of the wave of enthusiasm which has gripped the rest of the country. The quality of oil produced in New Zealand, which has been confirmed by the success of New Zealand olive oils in international competitions, has led to a huge number of plantings throughout the country and Northland is no exception. 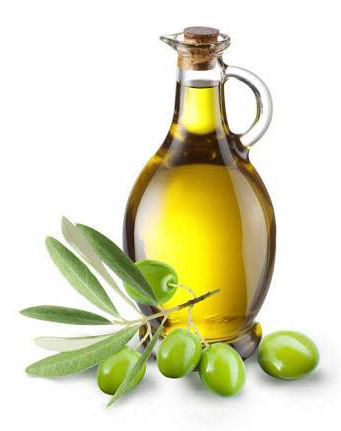 Oliveti is your one-stop shop for anyone interested in growing olive trees (small garden through to a big Olive Grove), all Olive Oils, where to buy the Olive oils directly from the growers and is a support group for Northland growers. We have over 100 members and it is estimated there are possibly 200,000+ trees planted in our area of Auckland through to the Far North.

The purpose of this website is to act as an information resource for all lovers of Extra Virgin Olive Oil who live or visit our region. We have provided a map and information of where some of our growers have press houses, grove sales and of course Farmers markets that they attend.

This information is set up as an Olive Trail which if you call on several growers you will begin to understand the differences between the EVOO produced in different groves due to the land type, the environment and how close they are to say the coast and how that impacts on flavour etc.

Back in October 1993 a small group of like-minded folk met at the Kerikeri home of Pam and Miles Cook to share the experience and knowledge they had gained in olive cultivation and the early production of fabulous Northland Extra Virgin Olive Oils.

What also evolved at that gathering – and something that is still very much part of the “Oliveti” philosophy – was the concept that there would be the open exchange of information and assistance to each other while at the same time enjoying the olive culture.

The following April, Whangarei Community Education held a well attended one-day course on olives and olive care with on the pickling of olives. The next meeting attracted 60 people and it was agreed that there was a need for regular meetings and for a newsletter to keep everyone in touch.

The interest in olives continued to grow, membership increased and by April 1995 we had 150 attending our meetings. As the group got larger it was unanimously decided that should be reshaped into a more formal structure.  A constitution was adopted and the name of the organisation amended from ‘Olivetis’, to ‘Oliveti’ – Italian for ‘olive groves’. The officially became ‘Oliveti Northland Incorporated’ in July 2001 and it became a Regional Member of the New Zealand Olive Association in March 2002.

Oliveti has continued to hold regular meetings, co-ordinate field days and publish newsletters every year since then whilst its membership has continued to grow to the more than 200 growers we have today.

If you an Olive grower and are interested in becoming an Oliveti member you will need to complete our membership application. Please click the membership button to find out more.